We don’t make music for everyone

We make it for ourselves
and a special kind of person...

Blow Up Hollywood is an underground American rock band. Their eclectic sound, built over a decade of recording, incorporates many different styles, diverse as progressive rock, post-rock, experimental, pop, classical, jazz and ambient soundscapes. Founded by Steve Messina and Nik Chinboukas in 2001, the group has evolved into more of a collective than a band, as some of their members have changed over the years.

Their debut, self-titled CD, is a concept album about death and the afterlife. The CD was recorded in a beach house in West Hampton, New York, over the course of three weeks in March 2001, and was released the following year. Originally the recording was intended to be just a “musical vacation” amongst friends who had performed and recorded together in various groups and projects throughout the years. But after hearing the results, and enjoying the collaboration, they decided to release it, with Blow Up Hollywood as their moniker.

Their sophomore CD, Fake, was released in 2004, and garnished critical acclaim.

In September 2004, John Diliberto, the host of the radio show Echoes, ran a feature on the band and had them perform live on air, bringing them national attention. That same year their live version of the song “beyond the stars” was included on the Echo’s compilation CD, alongside artists Yo-Yo Ma, Kai King, and Will Ackerman.

Stars End – A one track ambient improvisation, was recorded live on November 14, 2004, at WXPN in Philadelphia. The CD is titled after Chuck Van Zyl’s show Star’s End which has aired every Saturday night since 1976. “We asked Chuck what we should play, and he gave us free reign. So we improvised for an hour”, one of the band members stated.

In 2006 the band released what would become their most popular CD, both nationally and internationally. With the debate over the war in Iraq raging, the band released another concept album, The Diaries of Private Henry Hill. Based on the journal entries of a young, deceased soldier from the Iraq war, Blow Up Hollywood takes us on Private Henry Hill’s surreal journey as he joins the army out of necessity rather than patriotism.

That same year the album was released, Amy Goodman, the host of the news show Democracy Now! (a daily TV/radio news program, airing on over 900 stations, pioneering the largest community media collaboration in the United States) championed the band and the video for the song WMD, playing it repeatedly on her show for weeks.

Rachael Maddow, the then host of The Rachael Maddow show on Air America Radio, also invited the band to perform live and discuss the CD. And many other songs from the Diaries record were featured on NPR‘s program All Things Considered.

In 2008, the band was invited by Tomas Young (an injured American soldier from the Iraq war ) and Eddie Vedder (the lead vocalist of the American rock band Pearl Jam) to have WMD included on the compilation soundtrack to the documentary film Body of War, alongside Bruce Springsteen, Neil Young, Tori Amos, Tom Waits, Roger Waters (founding member of Pink Floyd), and Eddie Vedder and Pearl Jam.

In 2011 Steve Messina, Nik Chinboukas and Thad Debrock joined forces to write, produce, and record with photographer and conceptual artist Andres Serrano, with Blow Up Hollywood as his backing band. They released the recording under the name Brutus Faust. 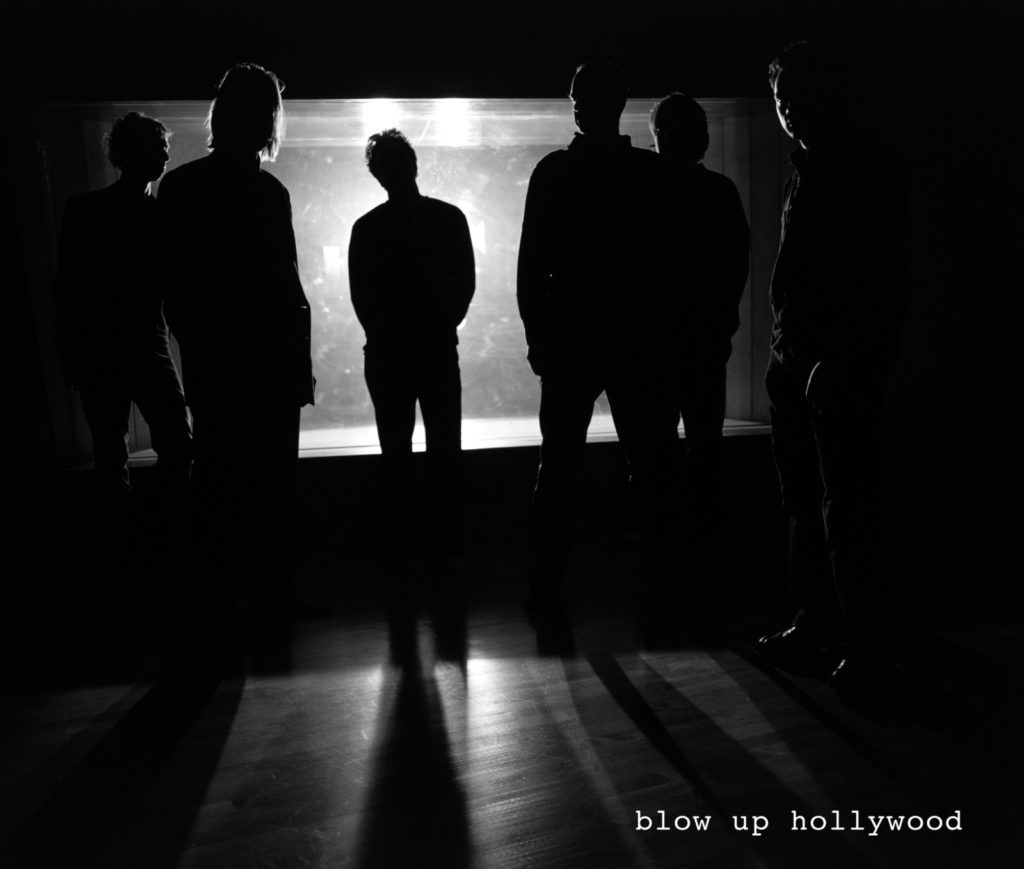